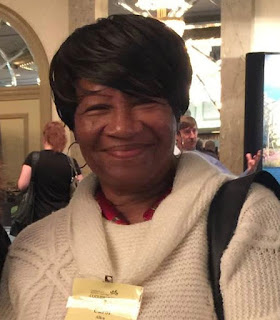 Early this morning we were informed by family members that Carol lost her battle with cancer. We were so encouraged when just this weekend we were told that she was resuming treatment and had been moved to a rehabilitation facility.

Carol was part of our senior management team but more importantly she was a mentor, a teacher and friend to all who came in contact with her. She was a voice for  those who could not speak for themselves, a talent her community boards and our senior management learned to appreciate. Our ACM staff members and all of our community members who had the opportunity to work with her will miss her ability to make the business of community management work as a personal relationship.

She joined us in April of 1998, and has been with ACM since its inception in 2001. She has earned several professional designations as a member of the Community Associations Institute.  Prior to being named Senior Regional Manager, Carol was promoted to Senior Community/Portfolio Manager in 2009. She consistently demonstrated her leadership capabilities, providing supervision and direction to ACM’s team of Community Administrative Managers during ACM’s transition to a region-based team-driven Community Management structure. Our condolences go out to Carol’s family and friends.  We will all miss her tremendously.